Sydney enthusiast photographer Bill Karayannis only took up a camera a few years ago but has since produced some inspiring work. Mick Fletoridis reports on this up-and-coming shooter.

It was a life changing event that first saw Sydney-based Bill Karayannis develop a keen passion for photography. Karayannis, who lives in the Sutherland Shire in southern Sydney, says a family portrait session six months after the birth of his eldest son, now six, first stirred his interest. “I instantly became curious about the photographer’s camera, lights, umbrellas and other gear,” he says.

“Shortly after that shoot was my first ever Father’s Day and my wife asked me what I’d like – I thought I’d be pushing the friendship asking for a DSLR but she was all for it and bought me a Canon 1000D twin lens kit.”

That was the start of a growing passion for photography that saw Karayannis rapidly develop his skills. 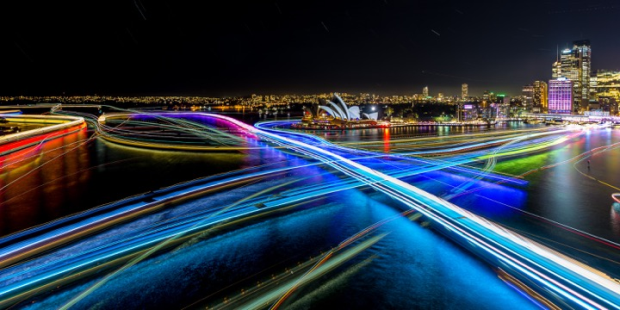 I first met Bill during a video shoot a couple of years ago on Sydney Harbour for Fishing World magazine’s website. He’s also a keen recreational fisherman, a passion we both share. That day Karayannis showed his prowess at catching luderick for our cameras, together with his fishing obsessed good mate, Chris Cleaver – the latter has often featured in Bill’s evocative sunrise seascapes shot along ocean rocks or beaches around southern Sydney. I’d recently taken up photographing seascapes and after the video shoot we discussed the possibility of getting together for a shoot. We finally got around to doing that a few months ago, a Instagram.

Photography and fishing
Karayannis likes to branch out and attempt different techniques and subjects to keep his photography fresh and evolving. “I currently enjoy shooting landscapes, seascapes and astrophotography. Apart from photography, I also love fishing which has played a huge part in my life and something I’ve done from an early age. I find now I get great satisfaction by being able to combine fishing and photography and to be able to provide images to tackle companies and fishing magazines for use in their publications.” His images have been regularly featured in Fishing World magazine and in glossy brochures for tackle companies such as Shimano. He recognises the synchronicity between his two passions which often has him at great locations at the best part of the day for taking pictures.

“One of the best times to take photos is at sunrise and one of the best times to wet a line is also around sunrise. I love to combine the two so some mornings walking down onto the rocks I look like a sherpa having to carry fishing and camera backpacks, buckets, rods and tripods … but it combines both of my passions and for me is the best of both worlds and the perfect start to a day.” 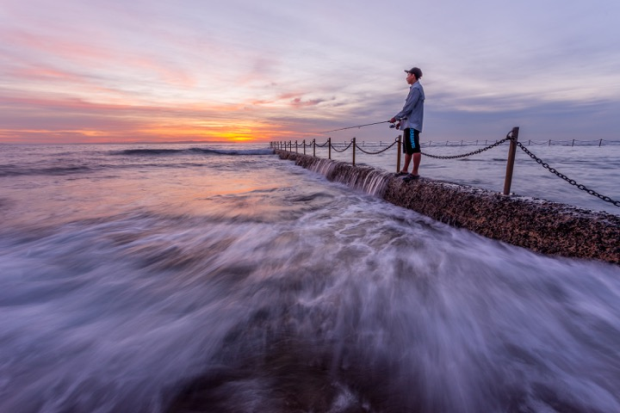 His favourite locations to shoot at are usually found along the picturesque stretch of coast between the Royal National Park and Kiama. Of this region he says there are “so many interesting locations in this stretch and so many different opportunities. Landscape, seascape, astro, waterfalls; you name it. I don’t think it’s a coincidence that plenty of great photographers have come from this region!”

Gearing up
Of his camera kit, Karayannis says the Canon 1000D with 18-55mm and 75-300mm kit lenses served him well and was the “perfect tool for learning”. Like many photographers who find themselves expanding their photographic goals, he has since bought and sold equipment to acquire his current kit: a Canon EOS 6D usually teamed up with a Canon 17-40L for land and seascapes and a 70-200L f2.8 for portraits.

He also likes the popular and inexpensive manual focus Samyang 14mm f2.8 for use in astrophotography.

“I also own the Sony A7s and team that up with a Tamron 15-30mm f2.8 which I use for landscape and the bulk of my astrophotography. Lee Filters, Manfrotto tripods and generic remotes and intervalometers make up the bulk of my kit. I’m really starting to take an interest in portraits and dream about owning the Canon 200mm f2, but for now most of my money will go on travel, tutorials and workshops as opposed to gear.” 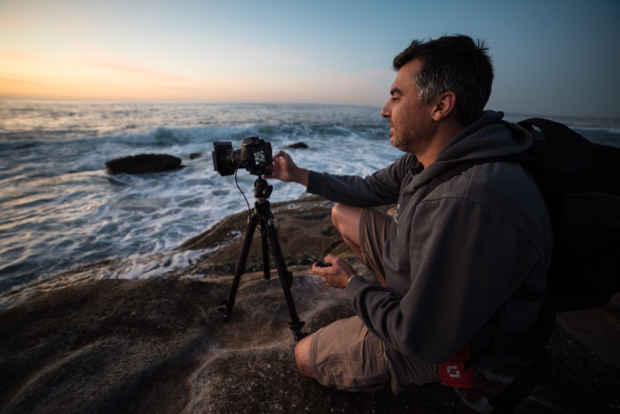 Since going on regular shoots with Karayannis in recent months we’ve concentrated on night photography, specifically shooting the stars, and in particular the Milky Way. I’ve learnt a lot from these shoots with him and have since branched out into attempting panoramas of the night sky – something I’m yet to master!

Karayannis says he finds astrophotography the most challenging form of his current photography fields as it requires a lot of pre-planning and travel before the shutter button is pushed. “Living in Sydney requires a drive of at least an hour to get away from the light pollution and often it’s to locations that you don't have the luxury of visiting beforehand due to time constraints and family commitments,” he says.
“Thankfully these days there are a number of apps which make the planning process easier. Still, it doesn’t always go according to plan and often you need to have a plan ‘B’ in order to take advantage of any given situation.” 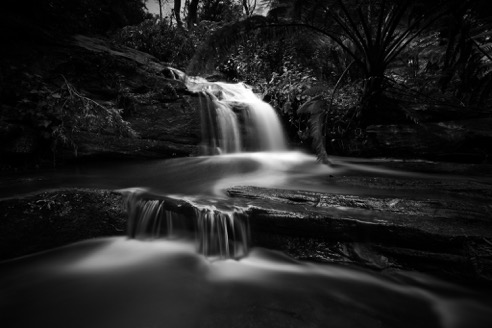 Learning curve
To consistently improve his skills and move into areas of photography he hadn’t tried, Karayannis has undertaken courses with a number of professional photographers. His first was a 10-week introductory course with Greg Ford from Sutherland Shire Photography. Bill says Ford’s passion for photography left a lasting impression on him. “Most importantly, his course taught me to get off Auto and to get the camera doing what I wanted it to do.”

He has also undergone a “one on one” course with Daniel Linnet, another photographer he says whose passion clearly shines through. “Daniel’s workshop taught me about off-camera flash and how to combine it with natural light to produce results. Daniel’s studio work is out of this world and I was privileged to spend a few hours with him learning about shaping and diffusing light.”

Most recently Karayannis learnt about how to make the most of natural light in his photography. “I attended a natural light workshop with Peter Coulson. Once again it was some of the best money I ever spent. Peter was very generous, answering every question, but what impressed me the most was that he proved every one of his theories correct – he only took a few photos that day but he nailed the shot first time, every time!” 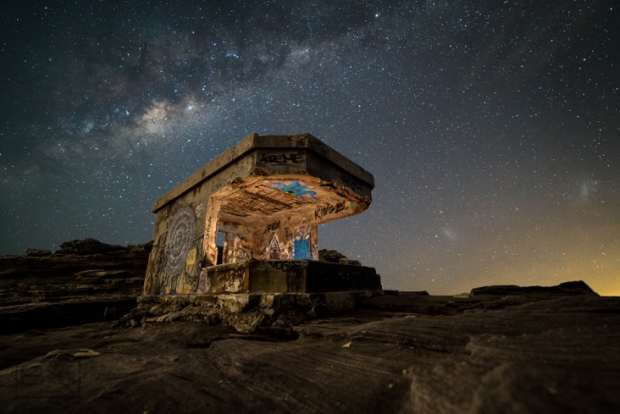 Built in 1941 these bunkers used to house large searchlights powered by diesel generators. On this night it housed two small candles to illuminate the inside of the space. Two separate exposures were blended here; one for the bunker, one for the sky. Sony A7s, Samyang 14mm f2.8 lens, 10s @ f/2.8, ISO 1600 (bunker), ISO 10,000 (sky). Images blended in Photoshop.

Influences and future shoots
Karayannis says his photography is more influenced by the entries and results of international landscape photography competitions, than individual photographers. “If I had to name a few photographers that do have the most influence it would be Lurie Belegurschi for his unparalleled look and love of Iceland, Elia Locardi for his approach to composition and post processing and Lincoln Harrison for his incredible star trails/astrophotography works.”

Of future photography shoots he says “I’d like to shoot in a professional studio with all the bells and whistles and be able to go to town and figure out how all the various kinds of modifiers shape light! I’d also love the opportunity to shoot an Aurora – be it the Australis or Borealis and have all those incredible lights dancing above my head.” 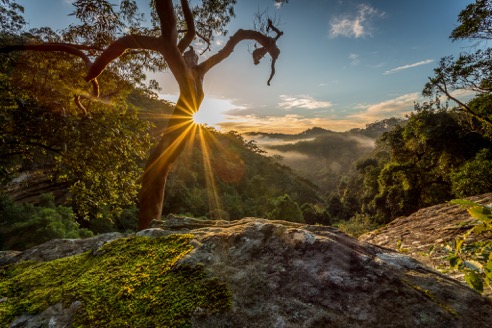 On specific photography trips, he’s booked a trip to Uluru next year with a photographer friend who has shot this iconic outback landscape before. He also hopes to visit Iceland and is planning to eventually combine his two passions – photography and fishing – further afield on the South Island of New Zealand.

“The fishing in New Zealand is incredible so that trip wouldn’t be specifically for photography as I’m sure it would involve fishing for trophy brown trout, XOS kingfish and big snapper.”

While his visit to Uluru will be a less structured, low-key affair, Karayannis says when he makes it to Iceland and New Zealand he expects to be hiring the services of guides to make the most of any photo opportunities and locations. 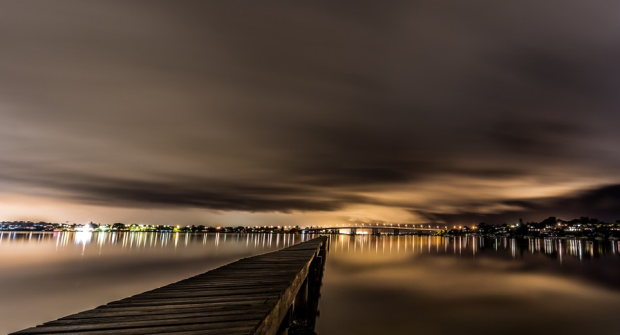 Getting it right
Karayannis says he doesn’t spend a lot of time in post processing, preferring to get his images as close to the finished article in camera.
“I flick through my images once I download them from the camera and I’ll usually spot a couple that stand out and then work on them,” he says. He prefers to use single images to produce the final result rather than blending or stacking. His post processing is done using Adobe Lightroom and Photoshop CS6 along with Nik Collection plug ins and various other Lightroom presets.

“I’d say 90 per cent of my shots are a single shot, no blending or stacking done. I have set myself up with a few presets which make them quick to apply to an image and if I like the result of those then I’ll give that image further attention.”

Of his overall workflow Karayannis tends to spend more time editing portraits than he does perfecting his landscapes.

“My wife is my biggest critic and I’ll show her a finished portrait and sit back and wait for her opinion – she’ll tell me how it is and what does or doesn’t look right with an image. As harsh as she can be and as much as I hate to admit it she’s usually on the money!” 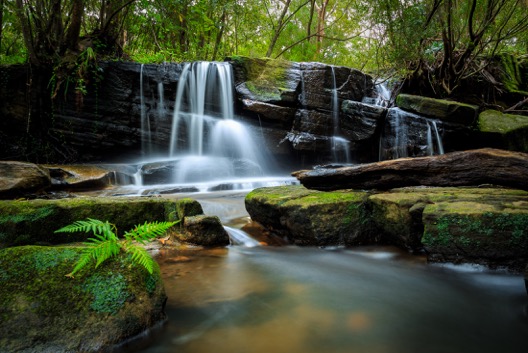 For any photographers hoping to take their images to the next level Karayannis says the best advice he would give is to simply “practise, practise, practise.” He says spending money on workshops and education is more important than buying new gear. “New gear and equipment will only get you so far, knowing how to use it to its full capability will get you even further.”

When images aren’t turning out as planned he says it’s often better not to try and force the desired result and just recognise you sometimes need to take a break or try different things. “Something like using a telephoto lens on a landscape shoot or leaving the tripod at home will force you to think and shoot differently and it may be the solution to getting you out of a rut and finding your mojo,” he advises.

He’s also a regular user of social media and the internet to solve any photographic problems, learn new techniques or see what inspires other photographers. Of social media in particular he advises, “don’t let harsh critique or the lack of Facebook, Flickr and Instagram likes get you down … and certainly do not let competition results or judges’ feedback have you thinking twice about why you picked up a camera in the first place. At the end of the day, photography is subjective and what works for one person may not necessarily work for others.”
He can’t emphasise enough that pre-planning shoots is the key to taking more “keeper” images.
“With the amount of apps available these days dedicated to most things photography, there’s no excuse for being in the wrong place at the right time. Sunrise, sunset, moonrise, sun and moon location, tide, Milky Way, planet, cloud cover, weather, swell… there is an app for everything!”

Like many aspiring photographers, Bill Karayannis’s main aim in the future is to achieve a more thorough understanding of composition. Beyond that he just wants to achieve consistency. Something, no doubt every photographer can relate to! ❂ 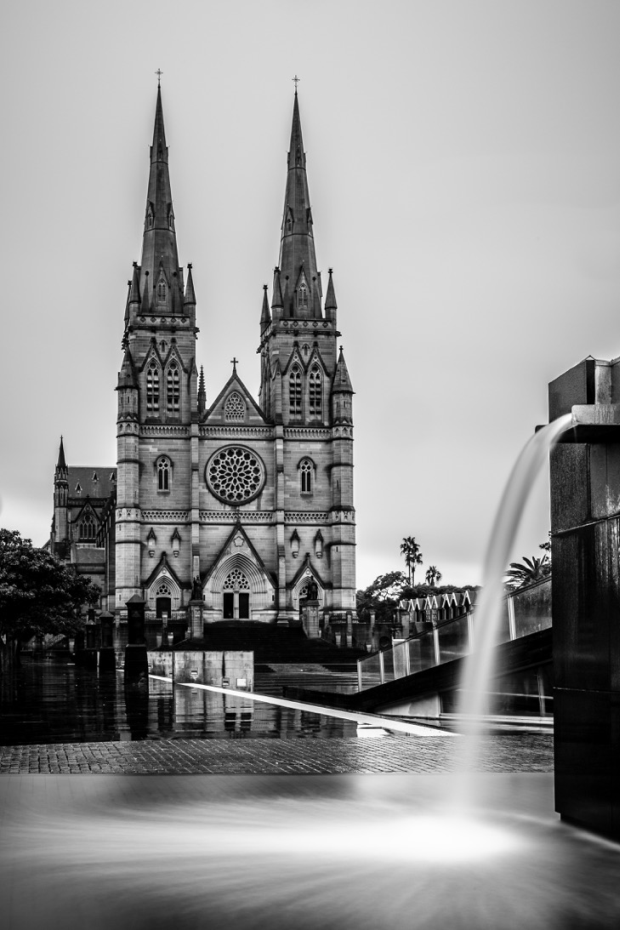