There are many aspects of photography that make a 'great' image. You need to know how to best use your camera's settings, followed by using sound photographic techniques. You then need to get out there with your camera at every opportune moment. In this article, I have chosen certain 'special moments' I have captured over a twenty year period. These images are often 'once-in-a-lifetime' and never to be repeated. By being in the right place at the right time with my camera, and pressing the shutter button at that exact moment, I have been able to preserve these special moments forever. 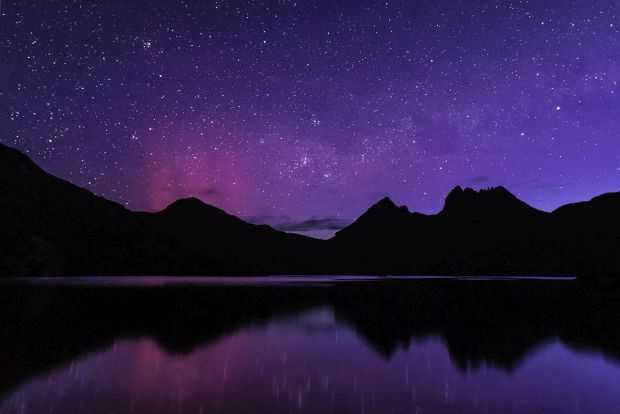 I had just finished presenting a sunset shoot with my photo workshop participants at Cradle Mountain/Dove Lake in Tasmania. I was alerted to the fact that there was solar flare activity happening that night and therefore a distinct possibility of an Aurora Australis. The fact that I was at one of the most iconic photographic destinations in Australia made it all the more exciting!

After the sun had set and it became quite dark, there was evidence of some colour in the sky. Before long, the colour was richer and for a short time a pink 'flare' shot up over the top of the mountain. I was there with my tripod and cable release attached to my camera, ready to shoot. Importantly, I made sure my focus was spot-on, by manually focusing on infinity and then pulling the focus back ever so slightly. By getting out on a regular basis with your camera, you have a far greater chance of capturing those special moments. Doing your research as to the likelihood of an Aurora happening on a certain night, as well as the best location to shoot from, certainly gives you a higher chance of success.

Prior research, being in 'the right place at the right time’ and using the correct camera settings certainly increases the odds of getting shots such as this Aurora Australis in Cradle Mountain, Tasmania. Nikon D800, 24-70mm lens @30mm, 30s @ f/4.5, ISO 1600, tripod, cable release. 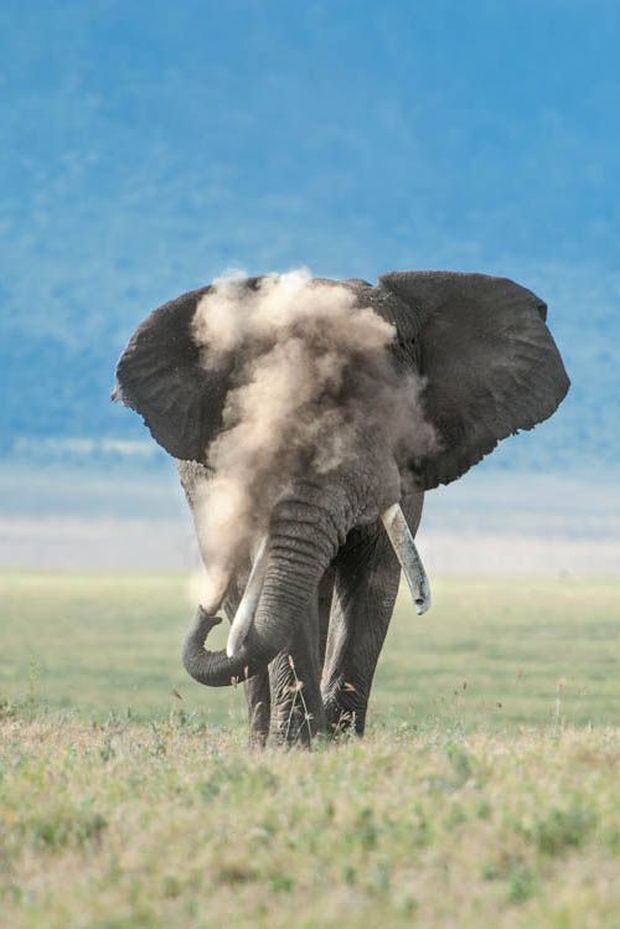 While on a photo safari in Ngorogoro, Tanzania, Africa, I was following a herd of elephants with my camera, while in the back of a safari vehicle. Most of the elephants had just been to a local pond for a mud bath and this particular one was heading slowly towards our vehicle. I kept an eye on this single elephant, observing its every move. I had preset my camera so that it had a fast shutter speed. This was done by shooting wide open (low-numbered aperture) and by choosing a higher ISO. I also moved my camera's single focus point so that it was on the elephant's face. I tracked it while it was moving towards me, using the continuous focus setting. The elephant then suddenly picked up a trunkful of dust and proceeded to dust itself all over. I was ready!! I pressed my shutter (which had also been set to continuous or burst mode) and took a whole series of shots.

I have plenty of shots before and after, with various amounts of dust dispersed around the elephant, but it was this single frame that 'nailed' the precise moment the dust left the trunk and encircled the elephant's face. By observing wildlife and preempting any possible behaviour, as well as choosing the best settings for your camera beforehand, your chances are much higher of photographing the precise moment any action might happen.

Careful observation of wildlife behaviour helps you predict what may happen. This was the case with the elephant featured. As soon as I saw it pick up some dust, I positioned myself with my camera, focal point directly on its face and waited. Once the puff of dust appeared, I fired away a series of shots with my camera. Nikon D700, 70-2000mm lens with 2x convertor @400mm, 1/1000s @ f/6.3, ISO 400 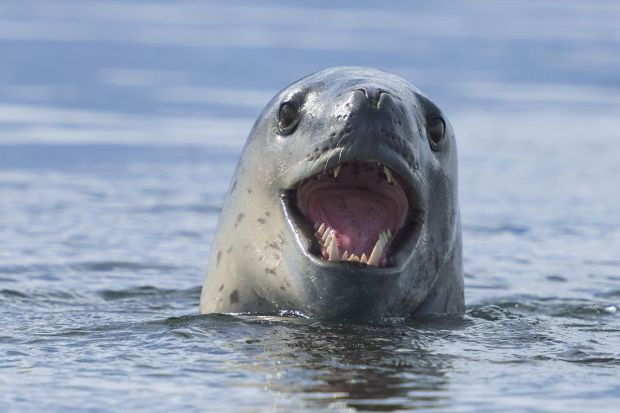 Towards the end of our Antarctica Photography Expedition recently, we were in a zodiac, following a very active Leopard Seal. It was very playful and seemed oblivious of the fact that we were nearby. I followed the seal with my camera's single focus point, set to continuous focus (AI Servo for Canon camera's), hoping for something to happen. It was quite difficult to do this for an extended period of time, as my shoulder was starting to ache from holding the lens and camera to me eye. I persevered and as if to reward me for my patience, the Leopard Seal swam towards us and opened its huge jaws, showing its sharp teeth. This was my cue and I fired away with my camera! It was important to focus on the seal's eyes as it was moving towards me. Without getting the eyes sharp, the image would have been ruined.

After many zodiac trips in Antarctica recently, we finally came across this very relaxed Leopard Seal swimming directly towards us. Using a fast shutter speed, continuos focus and burst mode, increases your chances of getting a sharp shot. Nikon D810, 70-200mm lens with 2x convertor @400mm, 1/5000s @ f/5.6, ISO 800 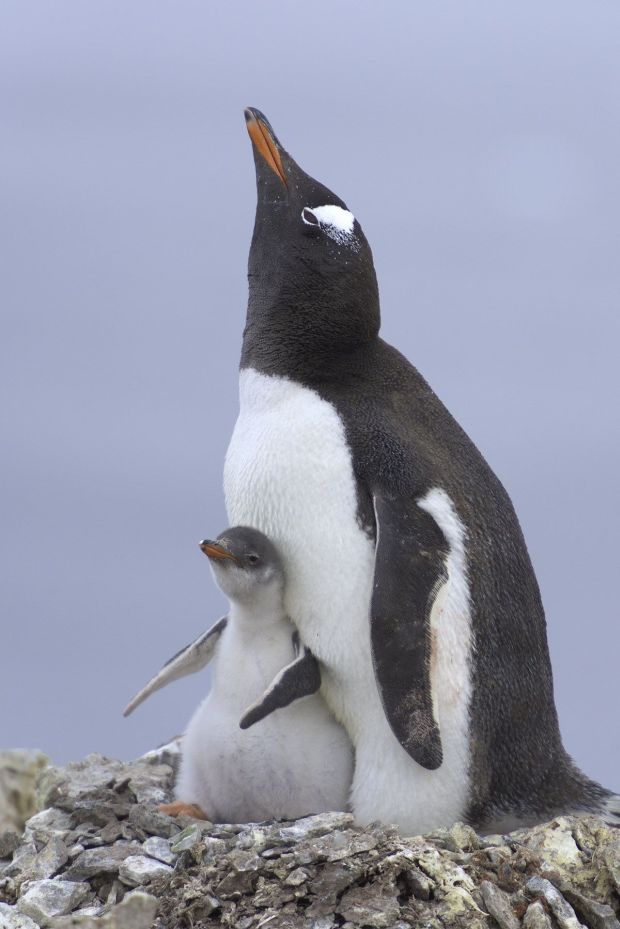 It was a wonderful experience to be in Antarctica, sitting in one spot for a decent length of time, observing a Gentoo penguin with its chick. I positioned myself so that there were no nearby distractions behind the parent and chick, including other penguins, so that the two of them stood out in the image. By using a wide aperture, I was also able to blur out any possible distant background distractions as well as allowing for a faster shutter speed. I waited patiently for quite a while, until the little fellow lifted its flippers and at that very same time, the parent lifted its head and started calling. This was my cue to take a series of shots. It's all in the timing and preparation.

The old saying 'patience is a virtue’ sure is true when photographing wildlife. In this case, I sat quietly and observed the Gentoo Penguin with its chick. The moment the chick lifted its flippers and the parent lifted its head to call, I was ready! Nikon D810, 70-2000mm lens with 2x convertor @400mm, 1/1250s @ f/5.6, ISO 400 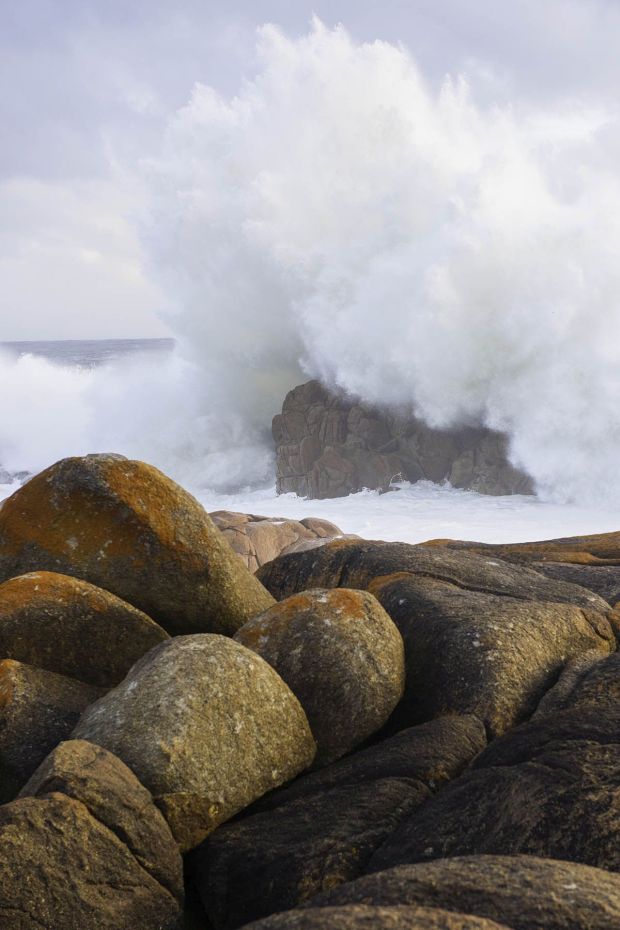 We headed out to Granville Harbour on the west coast of the Tarkine region, in Tasmania, hoping for a decent sunset shoot. Due to the heavy seas, the waves were pounding against the rocks and were absolutely massive. I stood on top of a rock on the shore, my camera on a tripod and cable release attached. Each time a wave was particularly big, I pressed the shutter, hoping to get 'the' shot. By using a fast shutter speed and continuous shot or burst mode, you will have a higher 'strike rate' in getting the shots of the waves at their peak. As I often do, I stayed in one spot for what seemed like an eternity, pressing the shutter every time there was a decent wave. I came back to base and realised I had nabbed so many shots of powerful waves, this one being the pick of the crop.

Once again, prior research will help you if you are planning on getting some shots such as this, which are a bit out of the ordinary. It may take a while for the weather conditions to be right but when they are, I suggest getting your camera gear and heading out pronto. Then it's a matter of setting up in the best spot, picking the best camera settings and patiently waiting.

Michael Snedic is a professional wildlife/nature photographer and experienced (14 years) photographic tutor. He is owner of WildNature Photo Expeditions, specialising in quality photography workshops and tours across Australia and overseas. Up-and-coming overseas photographic tours include the Arctic, Subantarctic (including Macquarie Island), Japan, Galapagos Islands, Peru (inc. Machu Picchu), the Amazon, Russian Far East, Kenya and Mountain Gorillas in Rwanda. Michael's aim is to show participants the most amazing photographic subjects and locations, while at the same time teaching the best techniques for photographing them.