Filmmaker, artist and photographer John Janson-Moore has won the 2013 Moran Contemporary Photographic Prize with an impromptu portrait of a young woman giving him 'the finger'.

Janson-Moore's photo ‘Nyirripi Girl With Finger' won the $50,000 first prize from a field of more than 3000 open photographic images.

Janson-Moore first visited the remote aboriginal community of Nyirripi in the Northern Territory in 1998 to produce a documentary with local filmmakers. Returning 15 years later he was astonished to find how little had changed, despite how much had changed in his world.

"On my first night back, I went down to the local community centre – a large corrugated iron shed – where they were holding a disco. I took a series of impromptu portraits, this being one of them. It was only when I (much later) downloaded this photograph that I realised that this young woman was giving me ‘the finger’. I see it as a testament to strength, resistance and irreverence."

Judge Tony Nolan described the image as, "A classical contemporary portrait loaded beyond its apparent simplicity – the young woman is defying in her gaze. Her body, side profiled and self-protecting crossed-arms anchor her unflinching gaze as she faces the camera and therefore the viewer with the slightest hint of attitude through her finger. It doesn't shy away from Australia five years post-apology, sorry but not forgotten."

Second prize of $30,000 in the annual competition was awarded to Jon Frank for his work ‘African Australian Boy Eastern Beach Geelong’. Highly Commended prizes of $10,000 were awarded to Victor Caringal for ‘Since I was 6 years old” and Tamara Dean for ‘The River’.

More than $300,000 in cash and prizes were awarded to winners and place-getters in the 2013 Moran Prizes, which also includes painting and student sections.

Images from the 2013 Moran Prizes will be exhibited at Juniper Hall, 250 Oxford Street, Paddington, NSW, until the end of December, 2013. 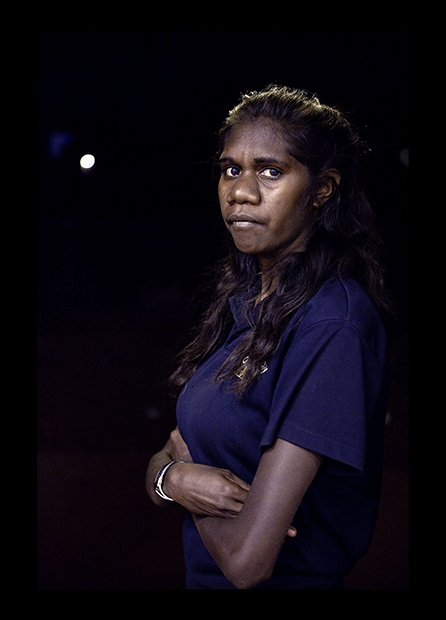 Moran Contemporary Photographic Prize, Open Section, 2013 Winner: 'Nyrripi girl with finger' by John Janson-Moore.
"I took a series of impromptu portraits, this being one of them. It was only when I (much later) downloaded this photograph that I realised that this young woman was giving me ‘the finger’. I see it as a testament to strength, resistance and irreverence." 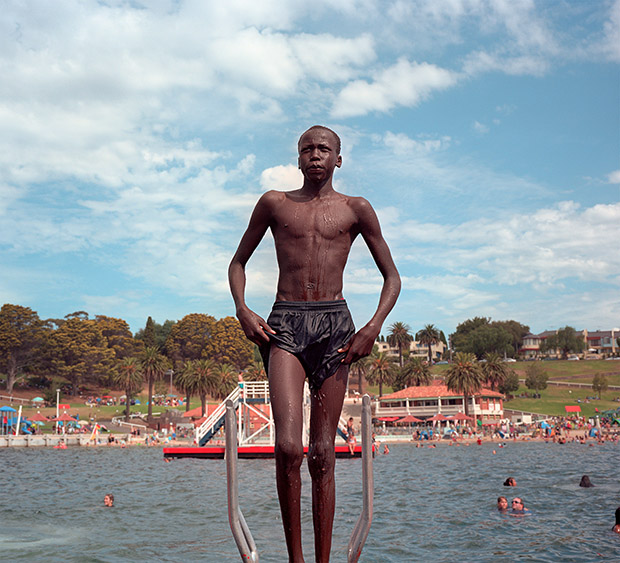 Moran Contemporary Photographic Prize, Open Section, 2013 Runner Up: 'African Australian Boy Eastern Beach Geelong’ by Jon Frank.
"This photograph is from an ongoing series of pictures of Geelong, Victoria. In this series it was my intention to render my subjects as heroes. These ordinary people are no different from the marble statues we wonder at in museums. It was a 40 degree day at Eastern Beach and the scene was Dante’s Inferno thrown in the blender with a boy-band video clip served hot." – Jon Frank. 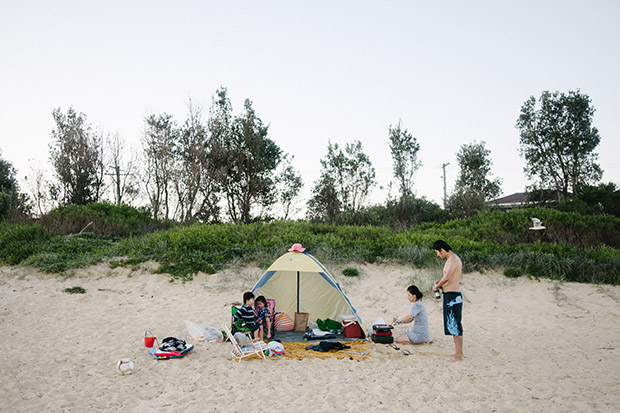 Moran Contemporary Photographic Prize, Open Section, 2013 Highly Commended: 'Since I was 6 years old' by Victor Caringal.
“This image was taken during the Nguyen family's weekend trip to Ettalong Beach in the Central Coast, NSW. Quoc, pictured with his beer in hand, has lived in Australia since he was 6. The family inherited the Nguyen surname, the seventh most common family name in Australia. The work is motivated by themes of everyday family life, individual and national cultural identity, and cultural acclimatisation.” – Victor Caringal. 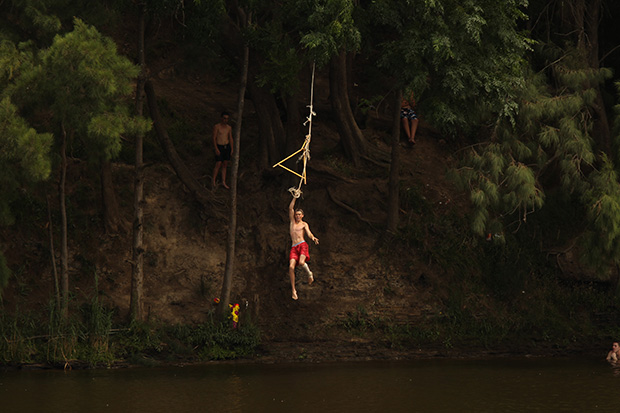 Moran Contemporary Photographic Prize, Open Section, 2013 Highly Commended: 'The River' by Tamara Dean.
“Boys from Quakers Hill launch out on a make-shift rope swing into the 'Hawkesbury River' in Windsor on an extremely hot summer day. This work was the inspiration for what would become my new series 'The Edge' which explores the informal rites of passage that young people create for themselves in the bush. The initiations, the pushing of physical, spiritual and emotional limits in order to discover one's sense of self and excercise a new-found independence. Places we are familiar with like rock jumps and rope swings by the river. Jumping into the abyss and confronting fears.” – Tamara Dean.