An exhibition of photographs of Gallipoli veterans and their families by Turkish-born photographer Vedat Acikalin will tour Australia and Turkey in 2015, the centenary year of the Gallipoli campaign.

Acikalin, who migrated to Australia in 1973, has been documenting the story of Turkish, Australian and New Zealand Gallipoli veterans and their families for just over 30 years and first exhibited a very small selection of work in Sydney in 2011, under the title, When Old Foes Meet.

"As a Turkish-Australian, the significance of the Gallipoli campaign, also known as Battles of Canakkale (Battles of Dardanelles), is very powerful for me," says Acikalin. "Growing up I learned of the heroism and sacrifice of the Turkish soldiers under the leadership of Commander Mustafa Kemal (Ataturk) in the Battles of Canakkale (the Gallipoli Campaign) through school history lessons, folkloric stories, songs and poems. When I hear these today, it is still very emotional for me. I can imagine the hardship and bravery of these men fighting to defend their country. When I immigrated to Australia in 1973, it was the first I learned of the ANZAC legend created by Australian and New Zealand soldiers who fought at Gallipoli. The ANZAC tradition with its ideals of courage, endurance and mateship, was established. I was fascinated by now seeing both sides of the same war and how time changes people."

Acikalin's images are a moving testament to those that served in Gallipoli, their families, and the lasting effects the war has had on the people of two disparate countries.

Gallipoli Then & Now: Bonds Forged by War will be in Hobart at the Allport Library & Museum of Fine Arts from 30 July to 22 August 2015. The exhibition will be shown concurrently in Sydney at the Customs House Library from 5 August to 30 September before heading to Perth, Melbourne and Canberra later in the year. 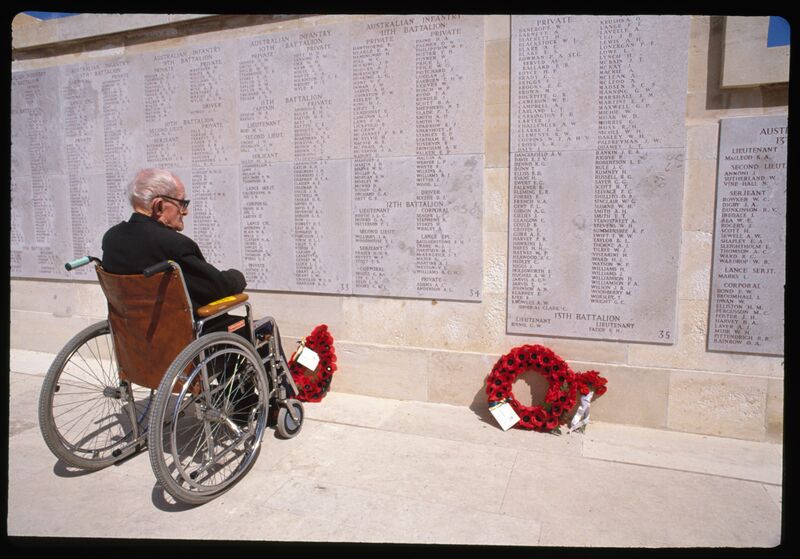 The oldest Anzac, John Malcolm McCleery of Perth, Australia, visiting the Lone Pine Memorial on his 103rd birthday, on 25th April 1990. He felt sad as he read the names of the fallen comrades from the 11th Battalion. 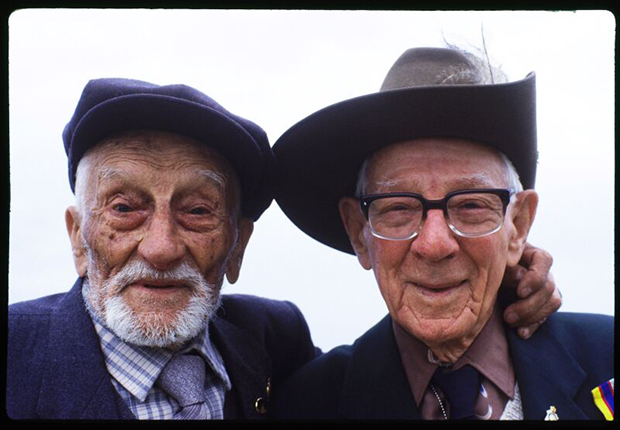 On the 75th Anniversary of the Gallipoli Landing, Corporal Adil Sahin of Buyuk Anafartalar and West Australian Len Hall of the 10th Light Horse met as friends on the Gallipoli Peninsula where they once fought on as enemies. They warmly shook hands and Adil hugged Len as if he had found his long lost friend. "I have no hatred for Johnnies, but we were doing our duty defending our motherland,” he said. Len Hall, the main machine-gunner at the Nek, said, "I respect the Turks." Adil presented Len with a vase made from Gallipoli clay and Len gave an ANZAC medallion to Adil. 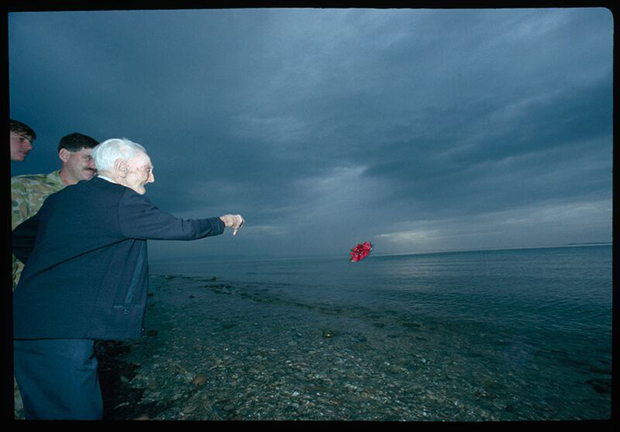 Jack Ryan (95) of Canberra, throws a wreath of poppies into the Aegean Sea at Anzac Cove in 1990 to commemorate the Anzacs who lost their lives at the Gallipoli Campaign in 1915. 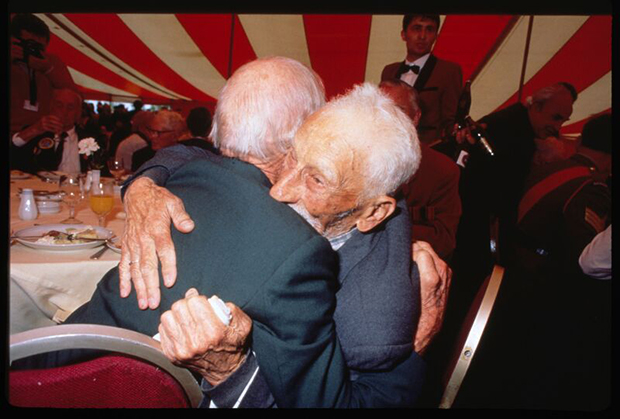 Adil Sahin of the village of Buyuk Anafartalar, Gallipoli, and Harold Edwards, Australia, embrace at an Anzac Day lunch at the 75th Anniversary of the Gallipoli Landing.