A backyard in suburban Melbourne might seem an unlikely place to capture the wonders of a distant nebula, yet that's exactly where Andrew Campbell snapped this remarkable image.

My backyard in Burwood, suburban Melbourne, seems an unlikely place to be photographing distant nebula, but with the right tools, patience and many late nights, images like this one are possible. This photograph of the Seagull Nebula NGC 2327 was made using a 660mm Williams Optics telescope and a QSI 683 Cooled CCD astronomical camera.

Unlike ordinary digital cameras which have a Bayer RGB filter array over the sensor, this astronomical camera has a monochromatic sensor. To create a coloured image like this, you have to make three separate exposures (often of several hours duration) using three separate 5nm narrow bandwidth filters (in this instance an Ha, an S2 and an O3 filter) to capture light frequencies specific to chemical signatures in the stars. The narrow frequency range of these filters helps to eliminate the normal light pollution that you get around a city. The three monochromatic images are then assigned to RGB channels in Photoshop to create this faux colour image. This same technique is used by the crew driving the Hubble Space Telescope!

One of the big challenges is simply keeping the telescope tracking the one tiny patch of sky for several hours at a time, often over several nights so you can overcome the signal-to-noise ratio and get enough photons onto the sensor to get a good exposure. This is where having a solid tripod and a decent equatorial tracking mount really becomes important. I first got interested in astro-photography three years ago, but it took at least six months to get my head around the science, maths and processing that go into capturing images like this. Over the past two years though, I have been more consistently capturing images that I’ve been happy with and last month one of my images was successful in winning the Central West Astronomical Society’s Prestigious David Malin Deep Sky award. With a folio of four of these images I was also named the AIPP Victorian Science, Wildlife and Wild Places Photographer of the Year for 2015. 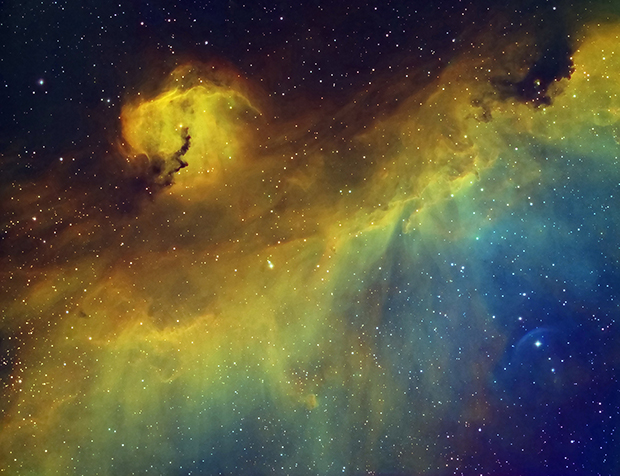